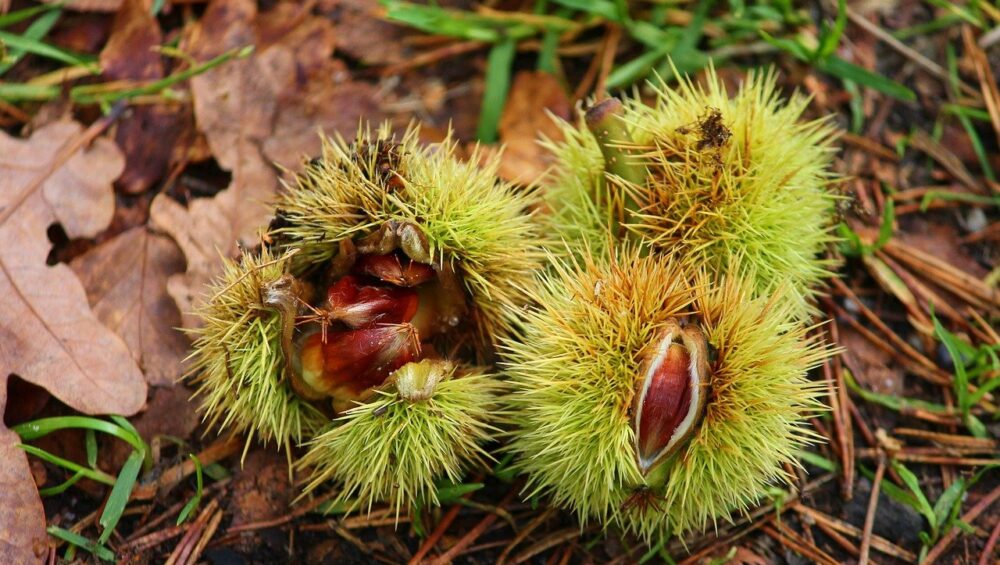 The creation of a chestnut wood basket includes various phases, during which the art of the basket is manifested by meticulous and precise actions.

The basket with chestnut wood produced in Tramonti makes use of the ten-year experience of the master Luigi Falcone, who prepares with dedication and meticulousness the elements necessary for the realization of various artifacts, large baskets, baskets and objects to hang on the wall.

The chestnut wood is recovered in the woods of the mountain Tramontina after a careful selection of pieces that will have to respond to the realization of the basket.

The trunks thus cut will first be baked in a wood-fired oven, then cut into various sizes to recover those that will be the notches (carrying heart of the basket) and then by smaller threadlike pieces, the daughters, (ligaments for the weave).

The beginning of the basket consists in creating 4 strips of 1 length for 3 plus 4 fingers about 2 fingers each. (corresponds to the base of the basket plus the two sides and the necessary one at the end to stop the edge of the finished basket).

These strips will be arranged by superimposing 2 crosses of Saint Andrea and 2 of a Christian cross.

The cestaro with his familiarity stops them helping himself with the tip of his foot and starting from a notch he fixes a daughter wrapping her with a turn around the notch and alternating forward and back to them will stop these punches as in the figure.

Once the second round is complete, insert the third child to create the base of the basket.

It then proceeds with a pressure on the knee and bending the notches to give the concave shape and will complete with magical alternating weaving movements and the insertion of daughters until it reaches the edge.

The insertion of the daughters along the work and the weaving will always be put in tension by approaching the previous round with the aid of a tool which, when beating, brings the loop back into alignment.

The closing of the basket foresees the three-tooth cut of the notch, the two external will be trimmed to the edge and the central piece will be curved towards the inside and stuck in the round below.